From Vancouver, BC, Pernell Reichert is a singer-song writer, fast finger-picking guitar and banjo player, his mellow harmonica rounds out his full sound. Since 2002 Pernell has played farmers' markets, music festivals, pubs and coffee houses throughout Western Canada, either as a solo performer, or with his 3 piece band, and more recently as a duo with Ross Christopher Fairbairn on standup bass and backup vocals. 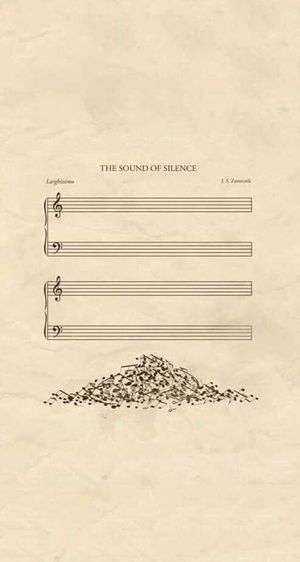 In the early 90’s, with his guitar in tow, Pernell lived the life of an itinerant roamer. Whether tree planting in the mountains of his native British Columbia, farming on kibbutz’s of the Middle East and Great Britain, or avoiding accidents as a roughneck on the rigs of the Canadian oil patch – Pernell perfected his guitar playing style and began to pen the songs that would become his narrative; songs that reflect his journey through life including the challenges of broken relationships and the questioning conundrum experienced when things in reality don’t jibe with the ‘system’

Performing as a solo artist throughout those early years, whether on the stage at a pub in Bristol, England – or at an open mic on The Drive in Vancouver, BC – Pernell developed his unique panache – a style of guitar playing described as high energy with fast finger-picking numbers that keep the audience captivated.

In 2008 the band released their self-titled album followed by a 39 day tour of western Canada that took the boys from Vancouver to Winnipeg and back. June to July were solo-touring months for Pernell, from BC to southern Ontario. The band joined in for August and September. In the fall the group went international with a 10-shows-in-10-days tour of South Africa which produced a live recording later included on their 2011 EP.

In 2011, with the newly released Highway of Tears in hand, the band set out on the road again, connecting the dots between big city performances in Winnipeg MB, Saskatoon SK and Calgary AB with smaller town shows in places such as Nanton, AB and Sirdar, BC. As well, they graced many of the local Vancouver BC venues with their smokin’ toe-tappin’ sound that was only getting better with the years.

2012 kept the band busy with local Vancouver venues in addition to the western Canadian festival circuit, including The Edge of the World in Haidi Gwaii, Calgary’s famous Lilac Festival and the fantastic Vancouver Khatsahlano Music and Arts Festival.

2013 saw the band return to the famous ArtsWells Festival in beautiful Wells, BC playing alongside such greats as CR Avery and Shred Kelly. The Lytton River Festival with it’s scenic setting and amazingly energetic audience and perhaps the best memory of 2013 was the Rock Creek Fall Fair sharing the billing with Tim Hus and Fred Penner!

2014 started with the Snowflake Festival in Ymir BC! This awesome winter festival was an amazing time of rocking out on the back of a flatbed in the midst of a winter wonderland. The year filled out with regular slots at Pernell’s favourite local Vancouver area venues, reappearances at the ArtsWells Festival, Lytton River Festival, Rock Creek Fall Fair (sharing the billing this time with the entertaining Charlotte Diamond!) and an evening under the setting sun with Concerts in the Cove in the beautiful Deep Cove setting of North Vancouver. Followed by some hot Okanagan BC sun at The Sunshine Festival in Gyro Park, Penticton, and a few additional venues, it was a busy season. Because of the band’s hectic travel schedules over the past two years, they cut it back a bit and in the fall of 2014 and spent some focused time with the pen in hand.

2015 saw the band sharing the stage in May with Marty Haggard at the Tenth Annual Canadian Rockies Cowboy Festival in Nordegg, Alberta. The summer music festival highlight was The Alert Bay Music Fest where they came away with some of the nicest of compliments!

In 2016 the band headlined The Tin Horn Creek Winery Music Series in beautiful Oliver, BC. 2016 also was the year the band completed their third full length album: The Road (You Ain't the One).

2017 was another great year of music playing and entertainment, whether being the regular Thursday house band at The Wolf & Hound in Vancouver's trendy Dunbar neighborhood or rocking the stage at The Chilliwack Bluegrass and Country Music Fest in August. The band's road trip took them from Vancouver on the west coast of BC all the way through The Black Dog pub in Edmonton Alberta, Cloud 9 in Regina Saskatchewan, The Cavern in Winnipeg Manitoba and finished off with great fun on stage at The Super Spike 2017 in Winnipeg. The summer highlight was being a part of the mid week Bentall Summer Concert Series in downtown Vancouver.

for Pernell and his guitar! The year began with the band on the back of a flatbed truck in the snowy fields of Invermere BC at the famous Snowflake Music Festival. The band was featured in 8 locations with the Fraser Valley Food Truck Festival. Pernell added more farmers' markets to his itinerary as a solo performer, the venues included Gulf of Georgia Cannery, Port Coquitlam Farmers' Market, Aldergrove Farmers' Market, Steveston Farmers' Market and more. Playing the summer festivals in Kelowna BC, Penticton BC and Spences Bridge made for a busy year!

For 2019 Pernell is looking forward to another busy year of farmers' markets, music festivals, pubs and coffee shops. Whether solo, or duo with Ross on standbup bass, or with the band - there can never be too many opportunities to play the tunes and entertain the crowds!!